Share a memory
Obituary & Services
Tribute Wall
Read more about the life story of Vladimir and share your memory.

Born July 14, 1932 in Rovensko, Slovakia, Vladimir Brecka passed away on October 1st, 2022 at Olds Hospital and Care Centre after living at the Olds Hospice for six weeks. He shared stories, laughter, prayers, music, tears, and love while surrounded by all of his descendants.

Vlad was 5 when the Breckas immigrated to Canada, first living in Iron Springs, then moving to the family farm north of Picture Butte near Barons. He graduated from Barrhill School and after a couple of years of work and travel (and playing a lot of ball) he attended the University of Alberta. Tales of Lambda Chi Alpha and the ping-pong championships were told throughout his life.

After graduation he began his teaching career at Innisfail High School. Mr. Brecka (the basketball coach) and Miss Sparks (the cheerleading coach) had their first date (“The Blob”), and that was the beginning of our family. Cathryn and Vladimir Brecka were married on July 16th, 1960 at the Innisfail United Church.

Mr. Brecka carried on his love for athletics by coaching, refereeing, and managing community sports including hockey, softball, and swimming. At WCHS he coached basketball, refereed basketball and football, and was involved provincially with ASAA. He organized and led several officials’ organizations, trained new officials, and spent many evenings and weekends on the diamonds “calling ‘em as he saw ‘em”. So often in fact that it was hard to know if more people knew him as a teacher than as an umpire.

Coach Brecka was one of the recipients of an Olympic Medallion in 1988 presented by the Torch Run committee for his outstanding contribution to sports as an official. In 2011 he was inducted into the Wetaskiwin Sports Hall of Fame as an Outstanding Coach, Volunteer and Official. He was especially proud of Wetaskiwin for hosting the Summer Games and the Special Olympics, where he volunteered.

Grumpah always had a soft spot for kids, and neighbourhood children would often stop by and strike up a conversation with him about whatever the events of the day happened to be. Later on those children would return to visit Breckahaven as adults for a shared dialogue about world events, and a shot of Slivovica.

Uncle Vlad loved music and although he didn’t play any instruments he took delight in going to the symphony, especially to hear the sounds of the violin. He attended many Big Band dinners, school concerts, Klause piano recitals, and was an advocate for the Wetaskiwin Music Festival. He and Cathryn provided musical opportunities for their children by driving them to lessons, rehearsals, camps, and concerts.

They attended live theatre too, be it local or professional, and loved Stage West. Vlad enjoyed art shows and galleries with Cathryn all around Alberta as well as during their many trips to different parts of the globe.

Dad’s community-mindedness extended well beyond athletics. Much time was spent working elections, canvassing for charities, delivering for Meals on Wheels, driving the "people mover" at RAM, membership in the Kiwanis Club, leadership at First United Church, sitting on the Water Tower restoration committee, chairing Headstart, and supporting various fundraising events in Wetaskiwin. We have so much gratitude for our beloved Vladimir, who wove a sense of service into all that he did.

Vladimir is survived by Roger, Brian, Diana (David Glass), grandson Quinn, sister Gerry Cochrane, brother Stan Brecka, and many nieces and nephews. We share our sorrow with cousins in the Old Country and the First United Church family.

A private service with live stream will be hosted by First United Church, Wetaskiwin (www.firstunitedwetaskiwin.ca/) on Saturday, April 22, 2023, at 2:00 p.m. MST. The family will host a public gathering at Reynolds Alberta Museum that evening, details TBA at a later date. Donations may be made to the Stollery Children's Hospital, Olds Hospice, or a charity of one’s choice.

To honour Dad, please, share a game of cribbage at your next family gathering. Make a red jellied salad with fruit cocktail. Play math games in the car. Wear a tie with your shirt. Eat ALL the dessert. Twice. Listen to Yoyo Ma. Treat a friend to Smitty’s. Call your MLA as needed. Buy a lottery ticket. Plant a garden. Volunteer. Question. Give…

To send flowers to the family or plant a tree in memory of Vladimir Brecka, please visit our floral store. 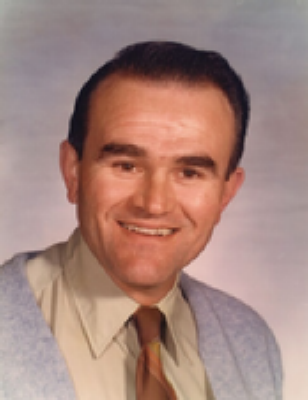 Family and friends are coming together online to create a special keepsake. Every memory left on the online obituary will be automatically included in the book.

You can still show your support by sending flowers directly to the family, or by planting a memorial tree in the memory of Vladimir Brecka
SHARE OBITUARY
© 2023 Wombold Family Funeral Homes. All Rights Reserved. Funeral Home website by CFS | Terms of Use | Privacy Policy | Accessibility